London, UK – 06 September 2018 – Ncam Technologies, the leading developer of real-time augmented reality technology for the media and entertainment industries, today announced that IBC2018 will see the first European presentation of its portfolio of leading products and solutions that greatly enhance the realism of augmented reality content. The company will also show its newest version of Ncam Reality, its second-generation camera tracking solution.

Real Depth, Ncam’s solution that provides a ground-breaking new and unique automated technique for sensing depth is also on display. The Real Depth system, which is used with a green screen, extracts depth data in real-time to allow subjects to interact seamlessly with their virtual surroundings for immersive and synergetic visual engagement. Subjects can now walk in front of or behind virtual objects, which up until now has not been easily achievable.

Ncam will also present its popular UE4 plug-in for Epic Games’ Unreal Engine. A toolset which, when harnessed with Unreal Engine’s elite games engine rendering performance, enables leading broadcasters to achieve unsurpassed realism in real-time graphics. This is achieved by the advanced capability of Unreal Engine, which allows artists the ability to build real-world environments, and add physics attributes and particles for amplified effect, these features not only manage broadcast frames rates but enables an impressive level of detail.

In addition, Vizrt and Ncam will introduce a new integration between Vizrt’s real-time engine, Viz Engine, and the UE4 plug-in for the latest version of Unreal Engine 4.20. This new architecture enables Vizrt customers to combine template-based graphics and texts with Unreal Engine real-world graphic environments, to create superior looking graphics and enhanced storytelling within live production. The integration will be demonstrated daily, on the hour, as part of the Big AR Show on the Vizrt stand, 7.B01.

Visitors to the Ncam stand will also see the 2018 release of Ncam Reality,
the company’s second-generation camera tracking solution, offering unique markerless camera tracking capabilities that can operate in both studio and outdoor environments. Ncam Reality can also be configured to any type of camera including handheld and Steadicam. This new version will be released at IBC2018 and includes a series of new features and system optimisation for improved workflow and performance.

Every broadcaster, whether they are focused on sports or news content, are constantly battling for viewers. Sophisticated virtual sets to present statistics and data in visually exciting ways is a growing element of keeping audiences engaged. Our solutions enable a far more naturalistic look and interactive options to create the very best and most realistic graphics content.”

Ncam offers a complete and customisable augmented reality platform that enables photorealistic virtual graphics in real-time. At its core is a unique camera tracking solution that offers film & TV productions virtual and augmented graphic technology without limits. The device uses a lightweight sensor bar attached to a camera to track natural features in the environment, allowing the camera to move freely in all locations while generating a continuous stream of extremely precise positional and rotational information that can feed all industry standard graphics engines via Ncam’s powerful and flexible SDK.

Our multi-award winning patented technology integrates seamlessly to any production, capable of adapting to a wide range of applications from indoor and outdoor use to mounted or even hand-held camera configurations. Through versatile real-time application and pre-visualisation of graphics, Ncam creates technological efficiencies that streamline the on-set production process, saving notable post-production time and incremental costs. 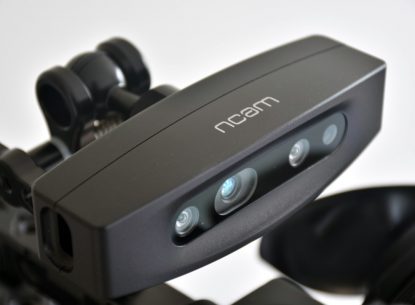 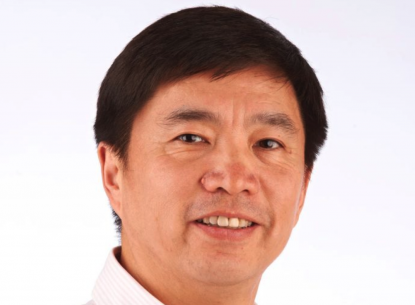